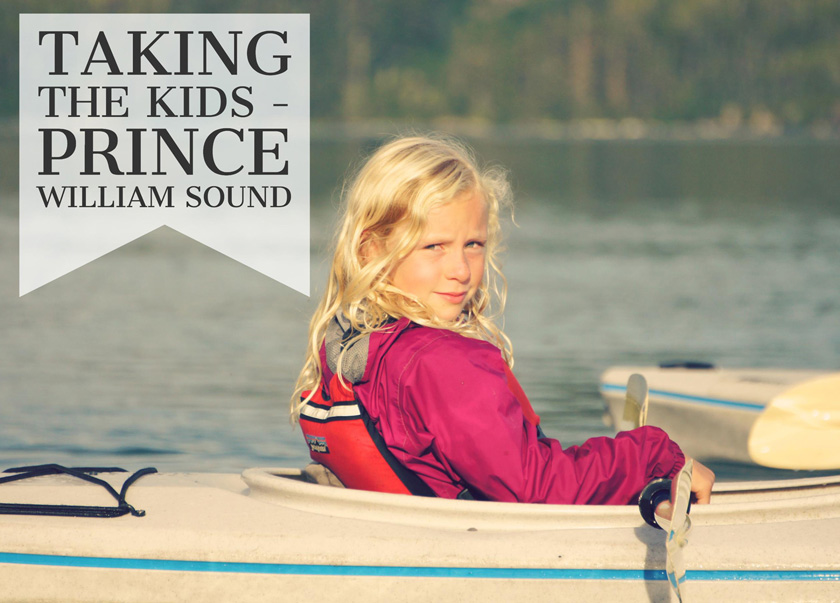 ABOARD THE MV BABKIN IN PRINCE WILLIAM SOUND, Alaska. Eight-year-old Melanie is ankle-deep in a glacier-fed stream, grabbing for a slippery, thrashing salmon with her bare hands. That's a lot easier than it sounds.

In late August, this icy stream, like others in Alaska, is choked with scores of spawning pink salmon that will die soon after laying their eggs in the rocks.

Fifteen-year-old Matt and 13-year-old Reggie are in the water, too. They keep one eye out for black bears and bald eagles that use streams like this one as personal refrigerators, pulling out a salmon when they need lunch for their young or a snack for themselves.

Bears. Eagles. Glaciers. Squirming salmon. We're about as far away from our mundane suburban life as we can get.

Maybe we're nuts, but this little excursion‹slogging upstream in our rubber boots, swatting mosquitoes as we go‹is exactly why we're not seeing Alaska from the deck of a luxury cruise ship, though we're spending just as much for the privilege.

We're sleeping in sleeping bags in 9-by-5-foot cabins aboard a fishing boat, sharing meals and bathrooms with strangers. And we're loving every minute.

We're tooling around Prince William Sound aboard the SS Babkin, a 58-foot boat skippered by 38-year-old Brad von Wichman, a second-generation Alaskan, and his 33-year-old Norwegian-born wife Kjersti, a former ski racer. They were waiting to greet us when we got off the train in the tiny town of Whittier, south of Anchorage.

I'd told the kids that on the Babkin, they could help drive the boat. We'd fish whenever we wanted, kayak with sea otters, and hike to glaciers.

I hoped we'd have a better shot at those once-in-a-lifetime, just-us adventures that build memories than would be possible on a big ship, where we'd be bound by schedules and surrounded by other people.

"Some people have a hard time understanding there's no real itinerary on a trip like this,'' says Brad, who seems to know all of Prince William Sound better than I know my backyard.

"This is true wilderness,'' adds Kjersti. "There are no signs, no interpretive displays, and very few trails. It's not Disneyland. You can't expect to press a button and a whale shows up, and then you push another button and there's the bear. Kids coming from cities need to see that the wilderness is still here!''

Brad and Kjersti met a decade ago as college students working on the Exxon Valdez oil spill clean-up. They give us a firsthand account of the spill damage ‹they still have a plastic bag filled with oil-slicked sand‹ as we look out at the obvious success of the huge and expensive recovery effort.

Icebergs float in crystal-clear water, playful sea otters twirl in the placid sea, salmon jump in the air, and hundreds of gulls congregate on rocks near shore.

Even the kids are awed by nature at its finest. We let what we see dictate what we do. That's easy, because on the Babkin it's just us, the von Wichmans, and Kurt Kutay and his 10-year-old son, Tarek. Kutay's Seattle-based adventure travel company, Wildland Adventures, helped me arrange the charter of the Babkin, which sleeps 10-12.

We're all delighted to be away from phones, faxes, and e-mail. We tell a lot of jokes. We play Scrabble and cards late into the evening. It doesn't get dark until 10:30 PM, and then the stars come out in all their glory.

Except for the commercial fisherman we greet‹he proudly holds up his 60-pound halibut for us to admire‹we don't see anyone for four days. We do meet lots of seals, sea otters, and even a bear.

We're on our way back from a before-dinner foray in the kayaks when we spot him along the shoreline eating dead fish. Reggie is 20 feet away, watching the bear gorge. He doesn't seem to notice us. It's unbelievable how normal it seems, sitting in a kayak watching a bear eat his dinner.

The next day, we're 2 miles from the anchored Babkin, watching huge ice chunks calve off the Nellie Juan Glacier and crash into the slate-gray water with a loud roar. The glacier itself is ice-blue, just a finger of a huge, 19-square-mile ice field. Because it's active, we don't climb it, but hike to the top of nearby ridges for a better view.

On the way back, we stop to pick up some iceberg chunks called "berg bits'' to stock the coolers. The kids suck on glacial ice: Better than snow cones!

The next morning, serious salmon fishing is on the agenda. We all take the kayaks to shore and hike up a stream, over slick rocks, through knee-deep water to a series of freshwater pools, where the water runs deeper and the silver salmon, we hope, are resting. Melanie gets frustrated very quickly. Fishing is no fun if you don't catch anything immediately.

Back on the boat, Melanie takes a rest. Even in the wilderness, she explains, kids need some down time. Later, she's all giggles when Matt and Reggie decide the time is right to jump off the boat into Prince William Sound. The water is not even 55° F, but the sun is shining. "Now I know how they felt on the Titanic,'' Reggie gasps.

He and Reggie haven't even gotten warm when the real excitement starts. Orcas! We realize there are at least eight of them, even some babies. We rush to get the binoculars and more rolls of film. One swims right under the boat. We don't put down the binoculars until the whales are out of sight more than an hour later.

It's our last night. Everyone's smiling and a little sad at the same time. I'm more stunned than anything. For once, a trip has lived up to expectations, even surpassed them. I may not have caught any fish, but I'm taking home the bragging rights to a near-impossible score‹the perfect family vacation.

Gear: Don't forget sturdy rubber boots, the kind you can get for less than $20 at the nearest surplus store, as well as quick-dry hiking pants and fleece pullovers rather than sweatshirts. Rain pants and jackets are essential, as are binoculars. Pack extra disposable cameras and travel journals so children can keep a personal record of the amazing sights.

Suggested reading:
These books and Web sites proved especially useful for our trip.

EDITOR'S NOTE: When planning your Alaska family adventure, use Expedia.com to help you find and book flights and accommodations online. And click here to view a great selection of fun family vacations. 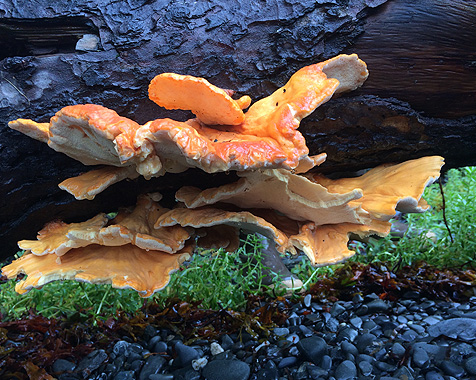 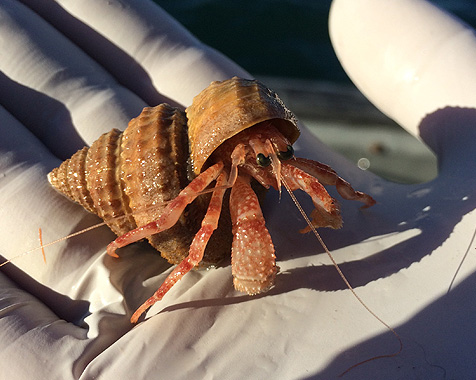 "Thank you, to you and Nancy, for taking such good care of all of us on the Oystercatcher trip! I had such a wonderful time and even felt 'pampered' with all the extra effort from both of you. It was really nice to see the beauty of AK from land and water - thanks for the short hikes, kayaking, bonfire, and of course, Marshall's doggy presence!"

"Thank you for a great trip and memories that our family will cherish forever. It in many ways is a perfect family trip - No TV or telephone just great scenery and family time together! My dad is still talking about it to anybody that will listen! Both you and Linda were exceptional hosts - we felt safe, lots of adventures and we had customized itineraries. Linda is a great cook and you a wonderful captain. We love the Babkin! We did it all at a pace where we could enjoy the process. These days few things live up to expectations - our trip exceeded it!"